Vauxhall Bridge between Coronation Road and Cumberland Road has a channel provided for wheeling bicycles on one side of its stepped sections. The channel is so narrow and so close to the railings that a bike can only be wheeled along it at a severe tilt. In addition only one side has a channel so wheeling the bike in the opposite direction has to be done from the wrong side of the bike, making it even more awkward. 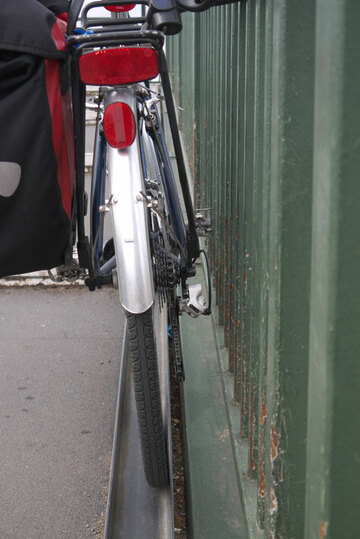