If the authorities are serious about expanding Llanfoist with new housing and de-trunking the A40 though Abergavenny, then they have to face this problem. A foot/cycle bridge, either just upstream of the existing bridge, or down stream into castle meadows would both be a solution, as would a new road bridge that would allow the old bridge to become single lane.

We all know that cost is the big problem here and that some of the options are not going to be possible, but we should campaign for some solution to be found. 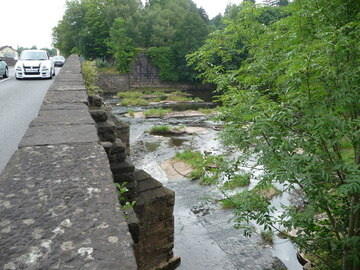